Ford, Football, and Fonteco…  As part of their 2013 campaign for the Ford Fiesta, Ford decided to go on tour to various college football games.  Part of the goal was to connect with attendees and to create brand awareness.

In order to help out, we were asked to provide two road kiosks that could tie in social media to the activations.  Our SocialBuzz social media photo kiosk and our InstaBuzz Instagram photo station fit the bill, connecting fans via Facebook, Twitter, and Instagram.

Throughout September and October, our stations are making their way to some amazing football games, including a game featuring the current #1 football team in the nation, Alabama. 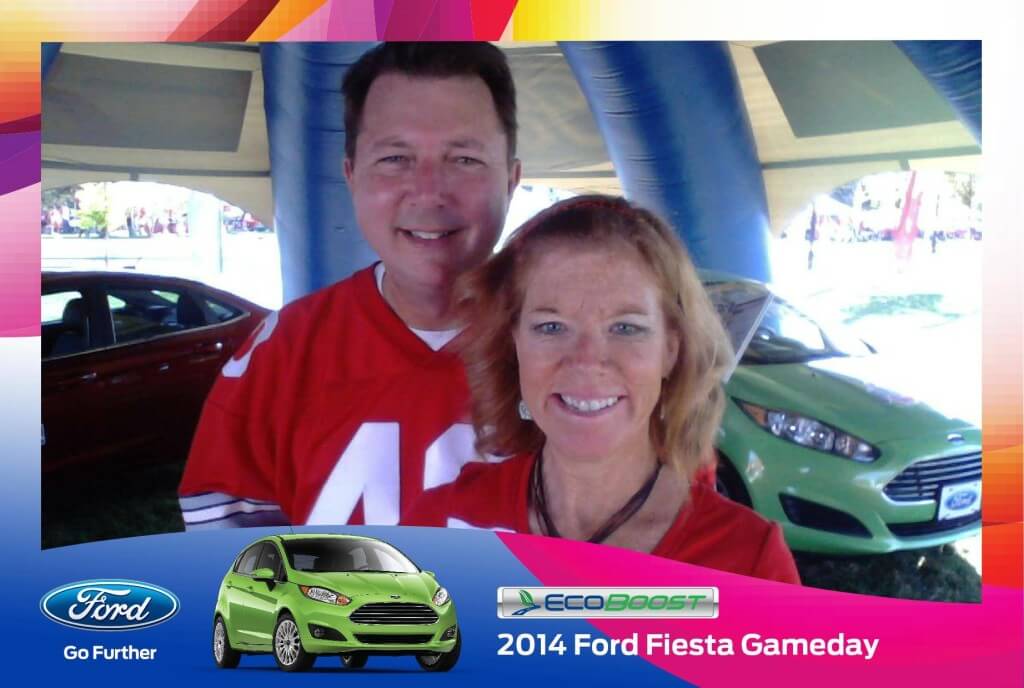